Menu
QuadBoss - We Keep You Riding 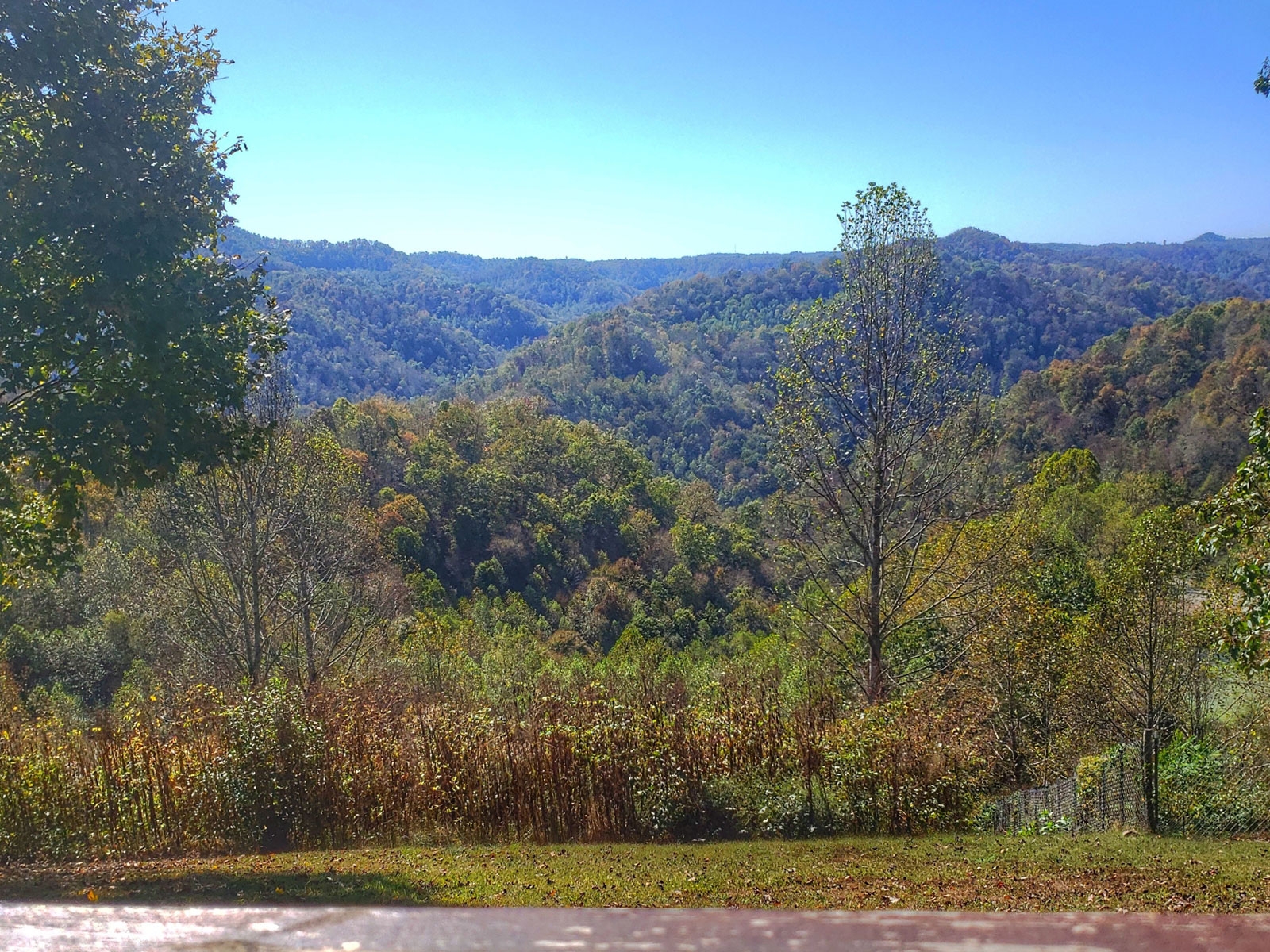 When it comes to the amazing scenery of the Appalachian mountain landscape, along with miles of trails that can take you into another state, Hatfield McCoy National Trailfest 2019 was a fantastic event for QuadBoss to take part it in. From Fort Worth, Texas, through Nashville, Tennessee, up and down the winding roads of Kentucky into West Virginia, we ventured out to attend the most complex trail system known to any hardcore ATV/UTV rider around. With 20 hours of driving time one way with our QuadBoss truck and trailer, we got to see several parts of the country that we had never seen before. The roads of Highway 80 were tough on our QuadBoss truck, but we arrived in Gilbert with little issues—minus a leaking transmission line. 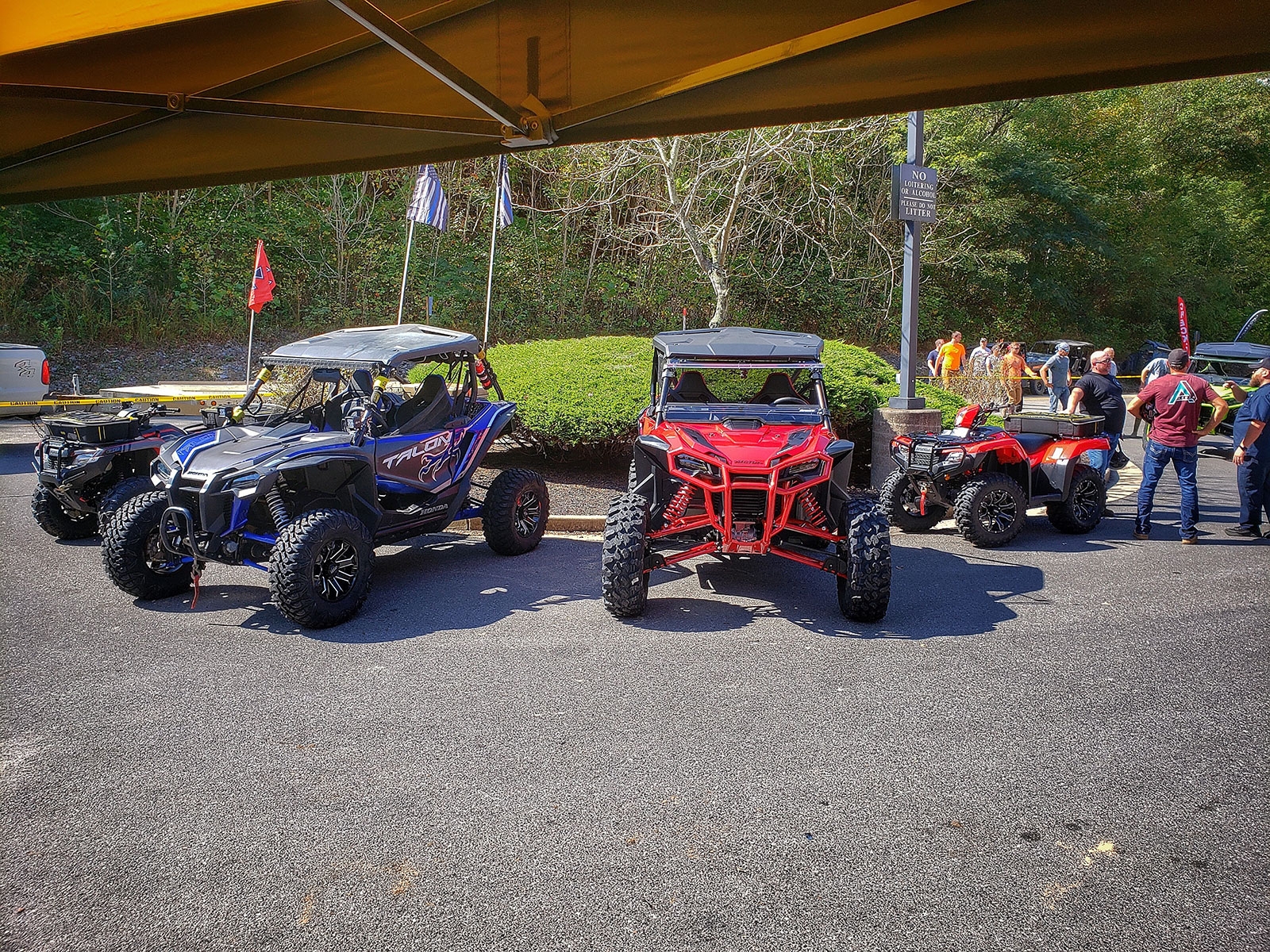 Once there, it was like living in an ATV and UTV enthusiasts dream! People were able to drive their machines on the street! We had never been around an environment where we could ride our machines to and from an event like this, or to a gas station to get coffee, or to a trailhead to start an offroad adventure.

We met up with Tucker Powersports and Logan Motorcycle Sales from Logan, WV to get our booths set up to begin welcoming people at the event and to start showing off QuadBoss products. Few people had heard of QuadBoss, but when talking with those who did, like Vince The Mudd Man from Mudd Man Adventures, we felt right at home! It seemed like everyone had come by our booth, some picked up some swag, others bought products to keep them riding, while many shared their stories of all of their riding experiences at this event and beyond Trailfest. Even SidexSideStuff.com came by our booth and took some photos of the units we brought to help showcase our products and a center spotlight right in front of our trailer! 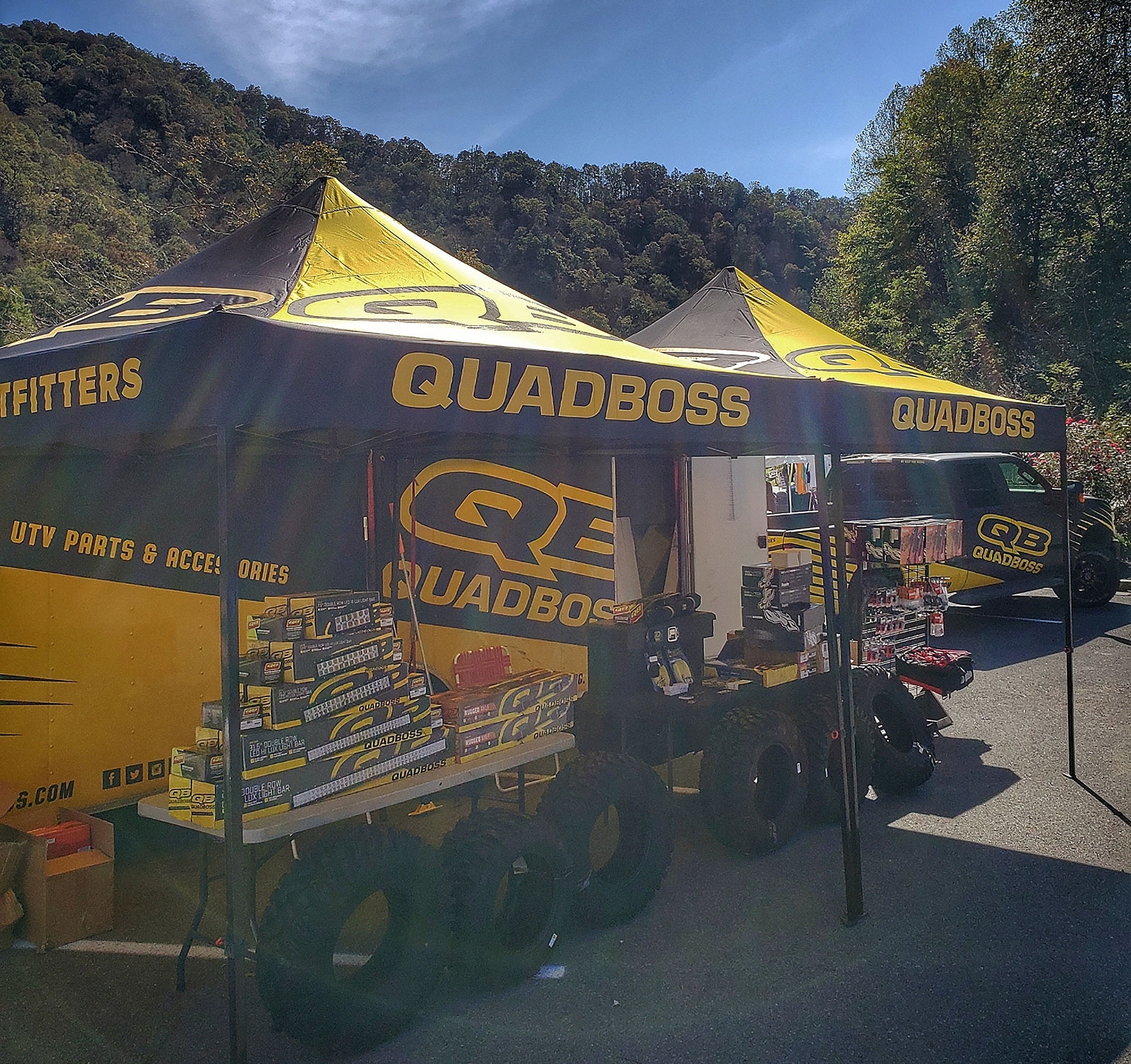 The four days while working the event was like riding a weather roller coaster. Thursday and Friday were beautiful sunny days while Saturday, a cold snap came through, and temperatures barely reached 40 degrees. The streets were almost empty on Saturday as it was too cold to even go to the grocery store. But later, as the day progressed, people started to populate the streets and begin riding back out on the trails with the sun starting to creep out near the end of the day. On Saturday night, fireworks shot high into the sky with the boom of the explosions echoing off the hillside. 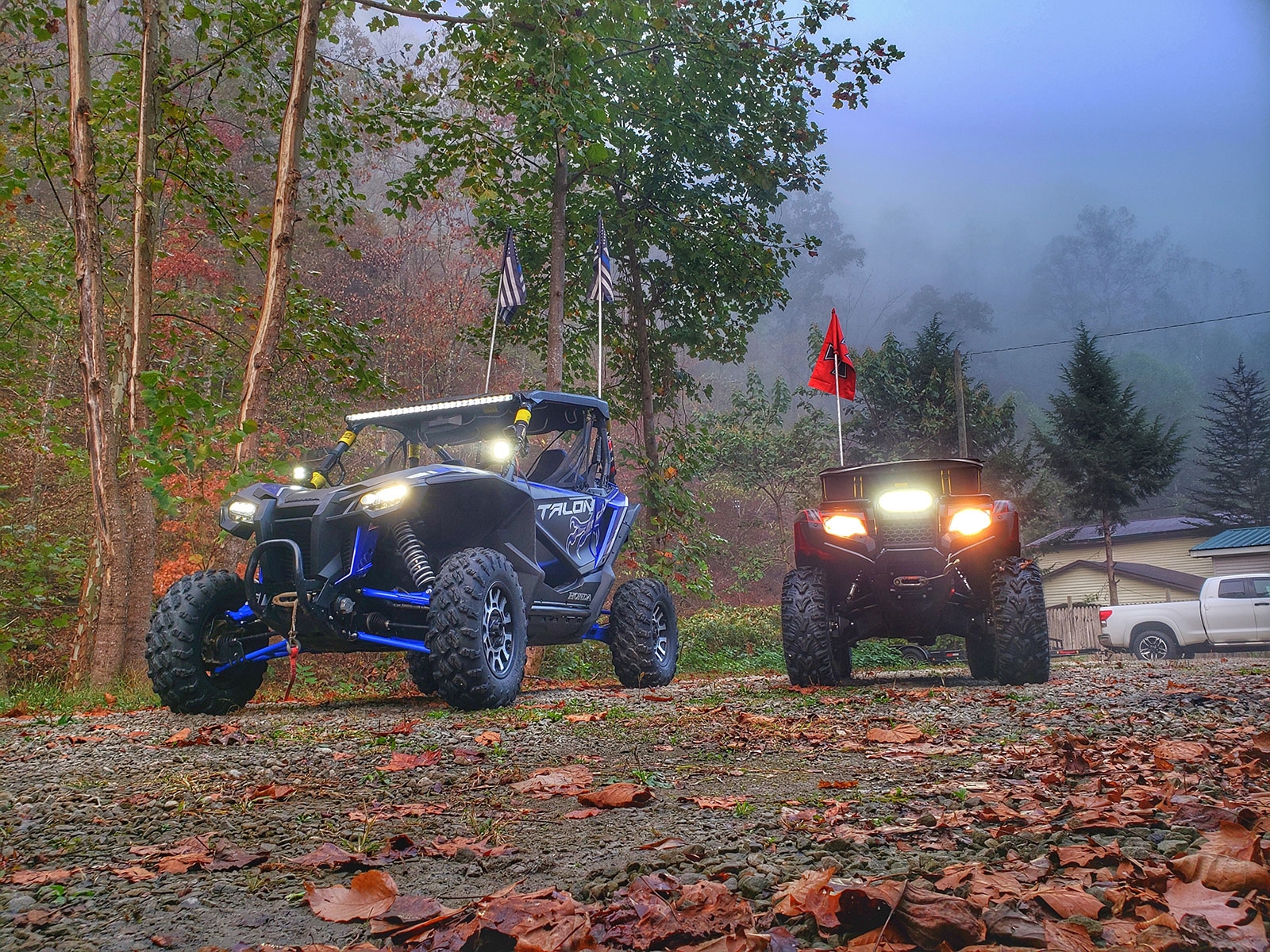 Sunday morning still brought the chill from the cold front, but at least the sun was out. The event had died down from the night before as people loaded up their machines and headed home. Even though the event went until Monday, it looked as though the event was already over. It was time to tear down our booths, store all of our product, and take our Honda Rancher and Talon out in the trails to see what all the talk was about. The trails we headed into were tame and not too technical, but the dust was almost unbearable. There were moments that we had to wait for the dust to settle before we could move an inch as it blanketed a potential slip off the side of a mountain. The rough trails took a toll on us with our four-wheeler as our Rancher didn’t have power steering and began to fatigue anyone who rode it. The quad struggled up some of the rocks, and it became difficult to keep control of the steering. It was late in the day when we first started to have our adventure, but we were able to get at least a couple of hours of riding in before the sun went completely down. We decided not to tempt fate with not knowing where we were in the middle of a trail or if we had a breakdown in the woods in the dark. After we got back into town, the first thing we wanted was food. Dinner at Giovanni’s Pizza in Gilbert was terrific with delicious pizza, and we even happened to bump into Trailfest Head of Security, Mouse. 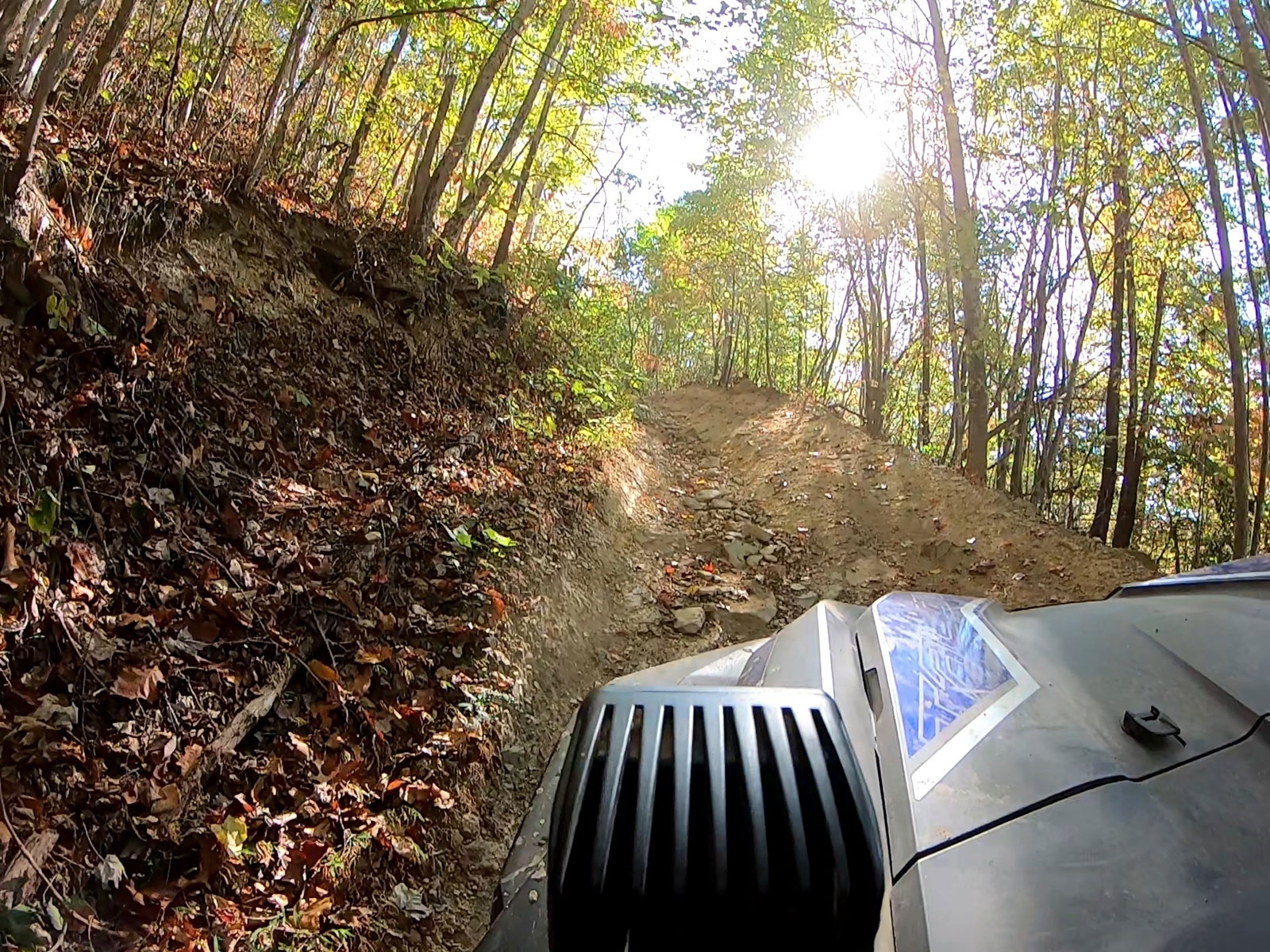 Monday morning came, and we had a handful of hours to burn before we had to make the trip back to Texas. So, we took the Talon out, this time with our QBT846 tires on it to give our tires the proper terrain they handle best in. We were not interested in doing easy trails, as we had already had our fill of them from the previous day, so we set our sights on the Double Black Diamond trails. One of the trails we encountered was way too steep for us to safely try and make it across due to a sheer drop going down the mountainside, so we decided it was best to turn around and try to find another way. Next, we came to another trail that was a Double Black Diamond, which was called trail #35. With some rocks to crawl that were like a staircase, each rock almost two feet tall, we climbed our way up to the top. The tires would grip then spin as the four-wheel-drive on the Honda Talon worked its way up and onto these insane rocky stairs. It then smoothed out and acted like there was never a problem when it came to traction. After the technical rock crawl, our reward was on top of what seemed to be the tallest of mountains, and we took in the breathtaking view. It was these little trials of difficult terrain that made the result amazing to see what made Hatfield McCoy trails one of the best places to ride with mountains as far as the eye could see. 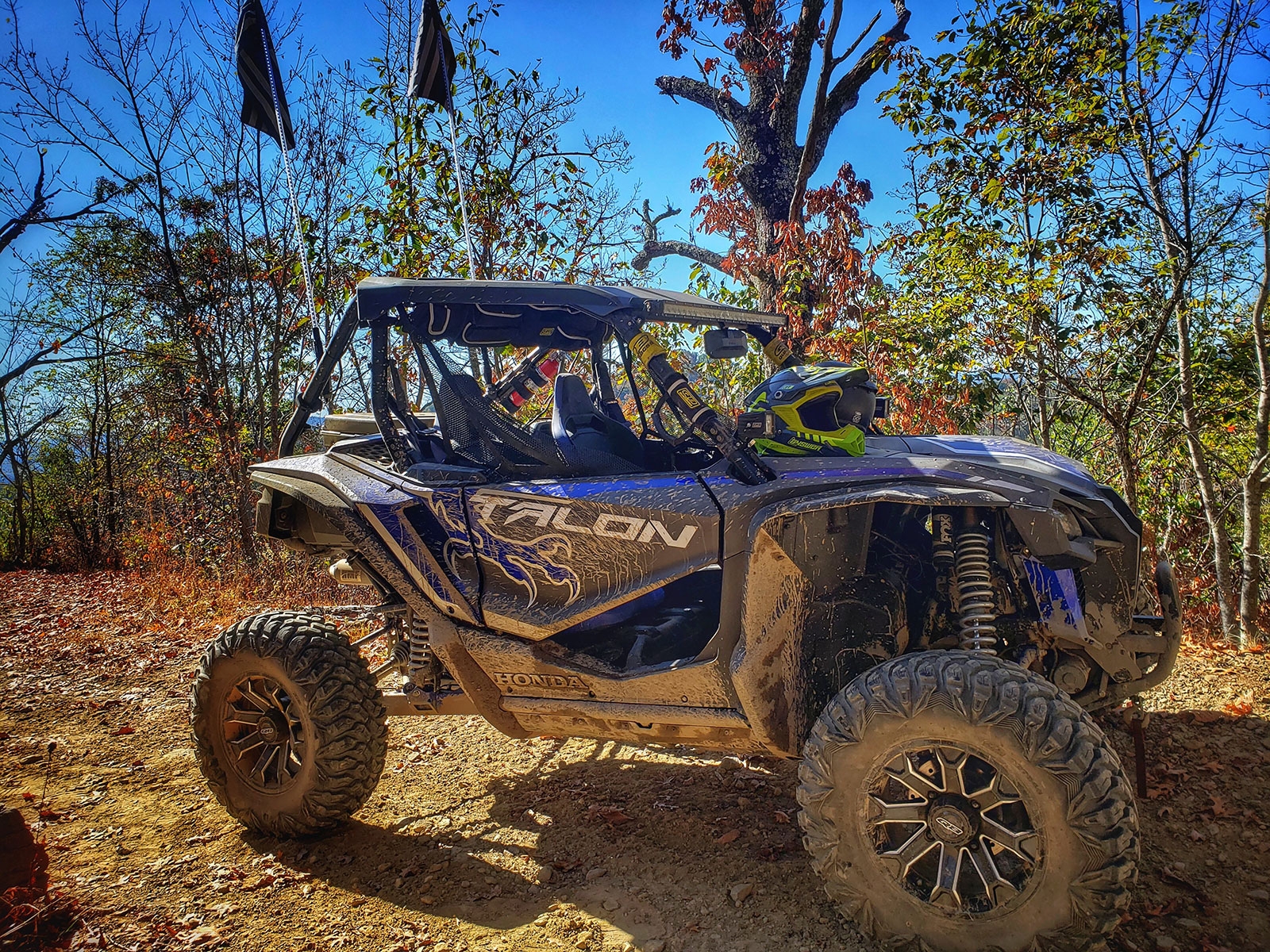 After our couple of hours of trail riding, it was time for us to leave the beautiful state of West Virginia and make the trip back to Texas. Along the way back, we hit some heavy rainfall leaving Nashville headed towards Memphis, but it didn’t slow us down, and we maintained a steady pace into Texarkana. It was good to be back in our home state, even though it was foggy into the night. The fog clouded almost every street light on the highway into Dallas, yet we made it home safe. Safe and sound with only a small transmission line leak from the haul into Kentucky. It was a good feeling to be back home and to have made it with no other problems. 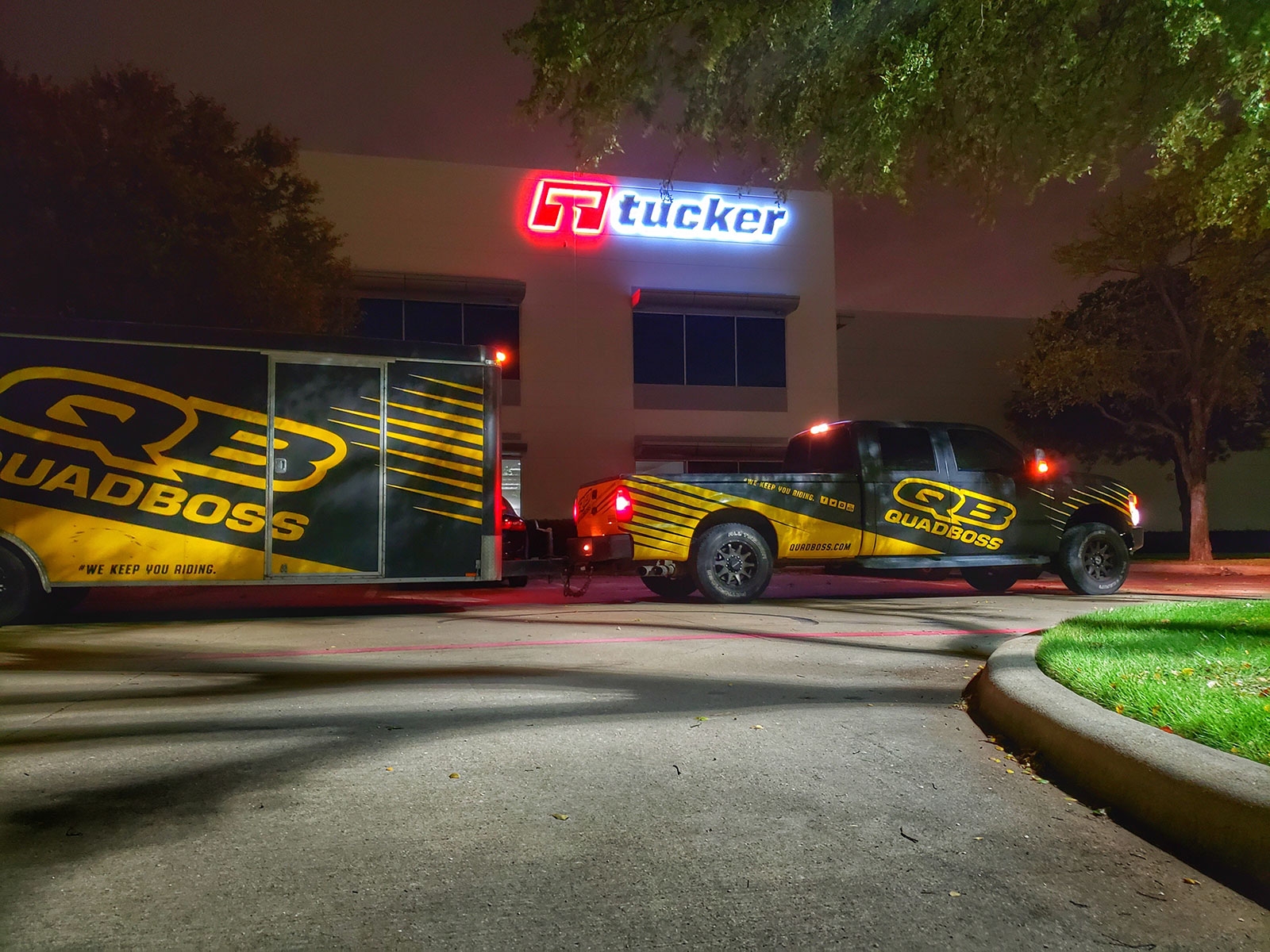 We look forward to our next QuadBoss adventure and hope to see more of the community that makes this industry great!